The Mastercard Player of the Match Live Trophy blends Japanese heritage with cutting-edge technology, at the first-ever Rugby World Cup™ in Asia.
The trophy features a sculptural origami design, inspired by the work of Professor Jun Mitani, and will be finished live on the ground with in-the-moment laser etching reflecting highlights from the match.

Monitoring fan activity on social media through a bespoke API, combined with commentary from the official world feed RWC 2019™, Mastercard can identify the top moments of each match to be immortalized on the trophy.
This unique story making approach enables players to take home a first-of-its-kind, truly priceless account of the match, so they can re-live moments of passion, excitement and sporting greatness.
15" film of the Mastercard Player of the Match Trophy

3D model of the six faces of the trophy that were etched, live.
“Every game of rugby is unique, so why is every trophy the same?”
Octagon APAC Regional Strategist Adam Hodge.
It was the simplicity of this insight that led the Octagon creative team to the idea of a live trophy that would reflect the uniqueness of each and every game played. Add to this Mastercard’s desire connect with rugby fans via their passion whilst showcasing their technology led thinking quickly took the agency to the initial concept….. but the realities of delivering it were anything but simple.
Created over a period of more than a year, the idea is now live in Japan for each of the 48 games scheduled over 8 weeks. Octagon have built and staff a central Media Control Room established in Tokyo that monitors fan passion online to highlight the priceless moments of each match. When these key highlights are identified we capture the official RWC match audio commentary. This information is then fed directly to laser engraving stations at each of the 12 host stadiums spread out over hundreds of kilometers - from Kumamoto in the south all the way to Sapporo on the most norther island of Japan Hokkaido. And when the final whistle blows, the laser etcher goes to work rapidly etching it into history on the matt black trophy.
Rushed directly to the sideline in just moments, it’s then presented by a Mastercard competition winners, customers or brand ambassadors; including rugby great Dan Carter and Japanese tennis hero Naomi Osaka, to the game’s most exceptional player to a global TV audience of millions.
“This is a wonderful example of Live Storytelling - that fans loved”
Octagon APAC Regional Creative Director, Lizi Hamer. 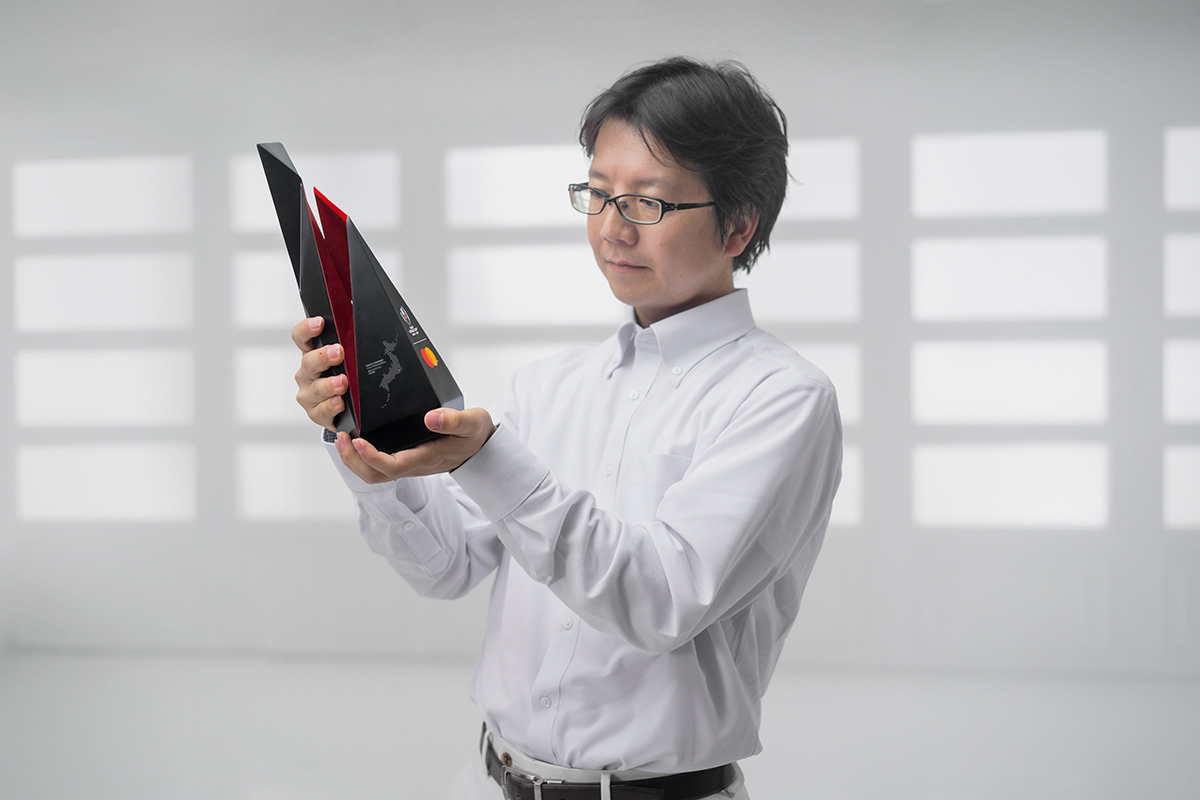 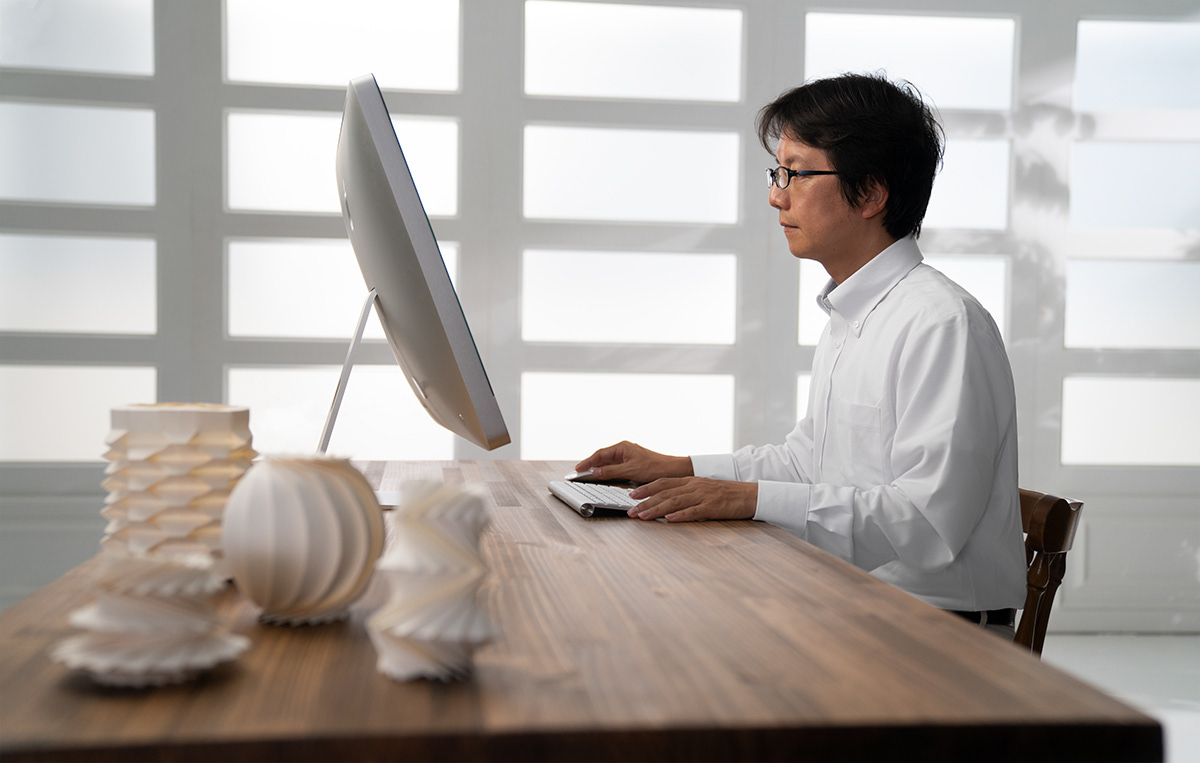 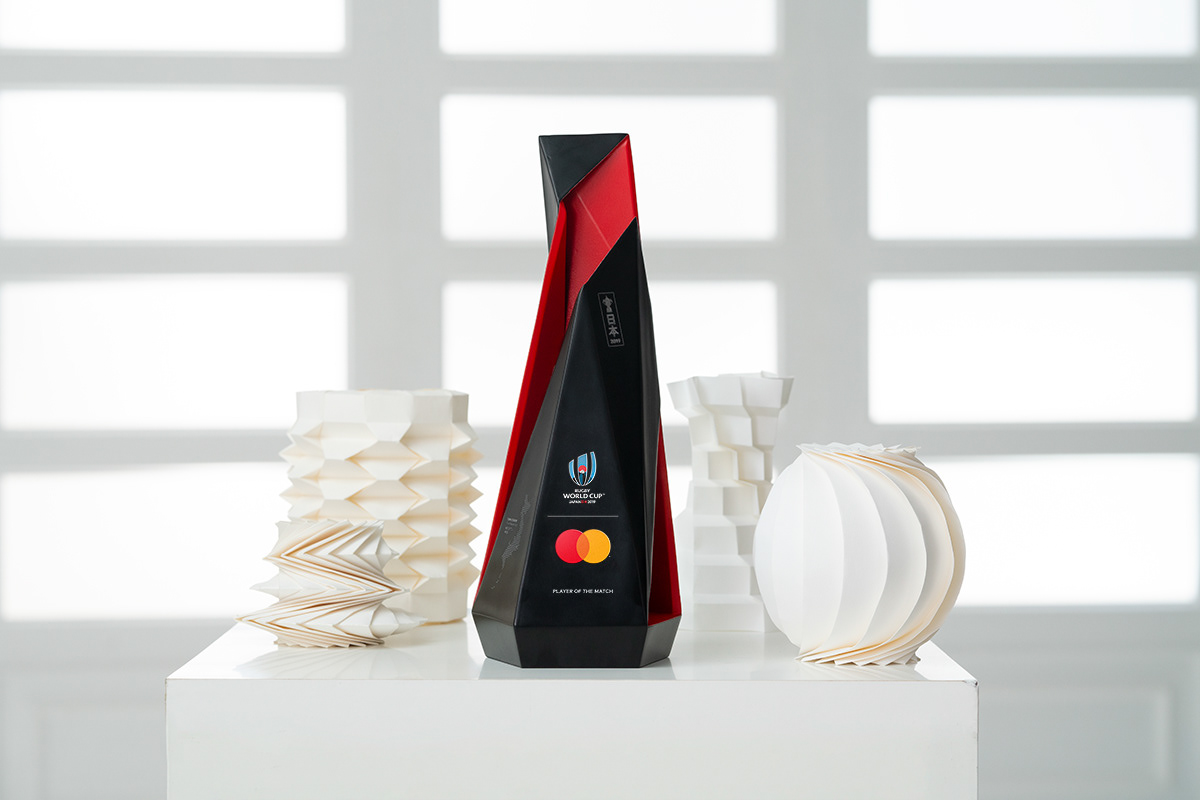 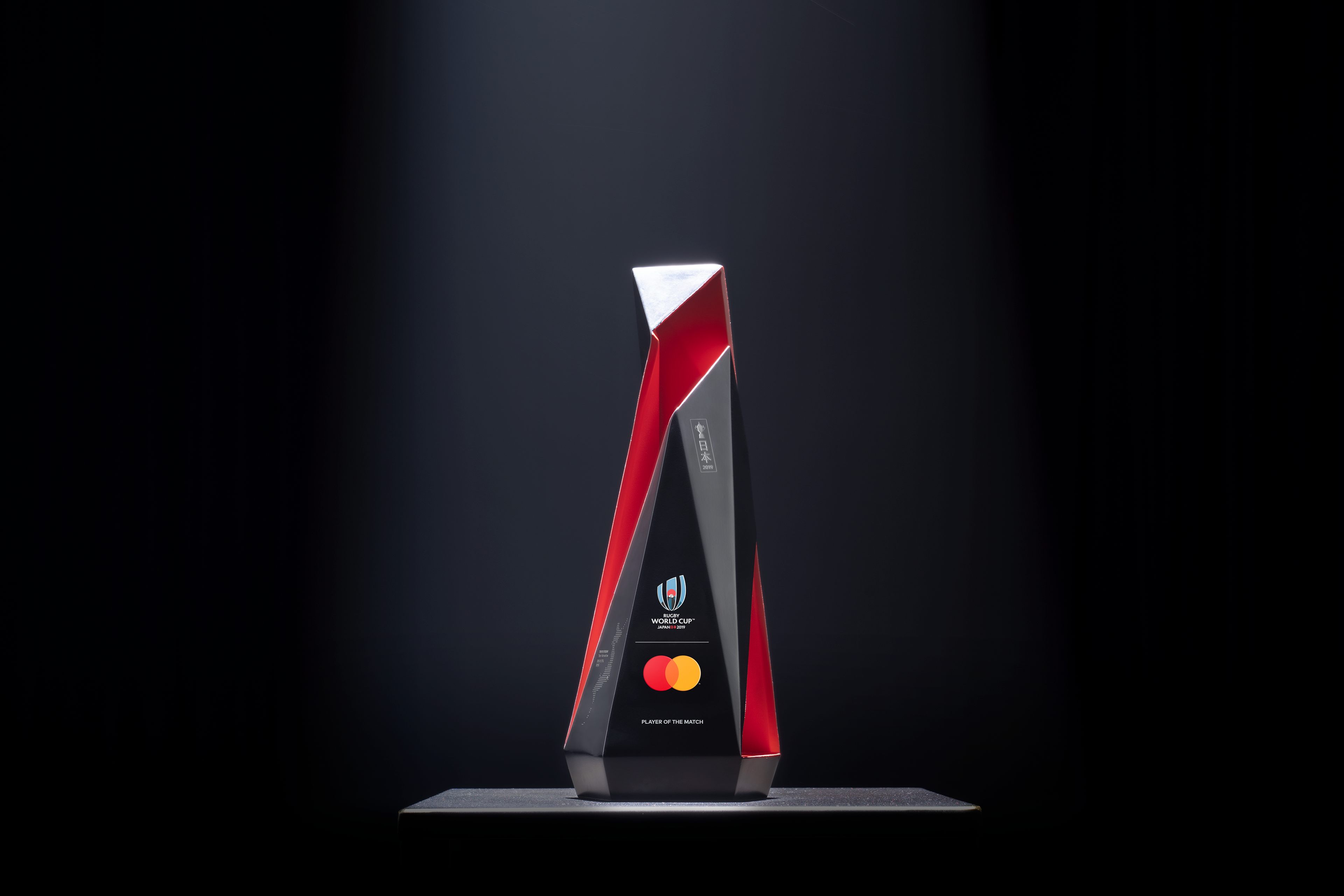 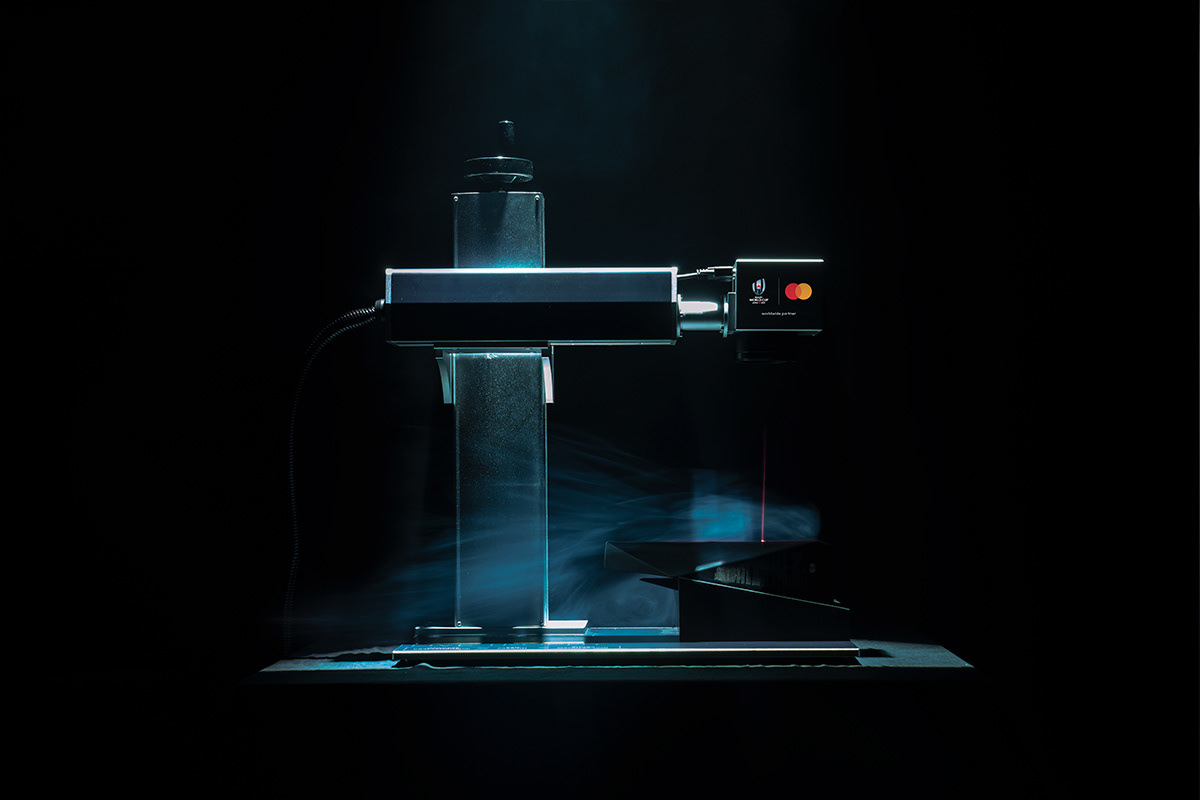 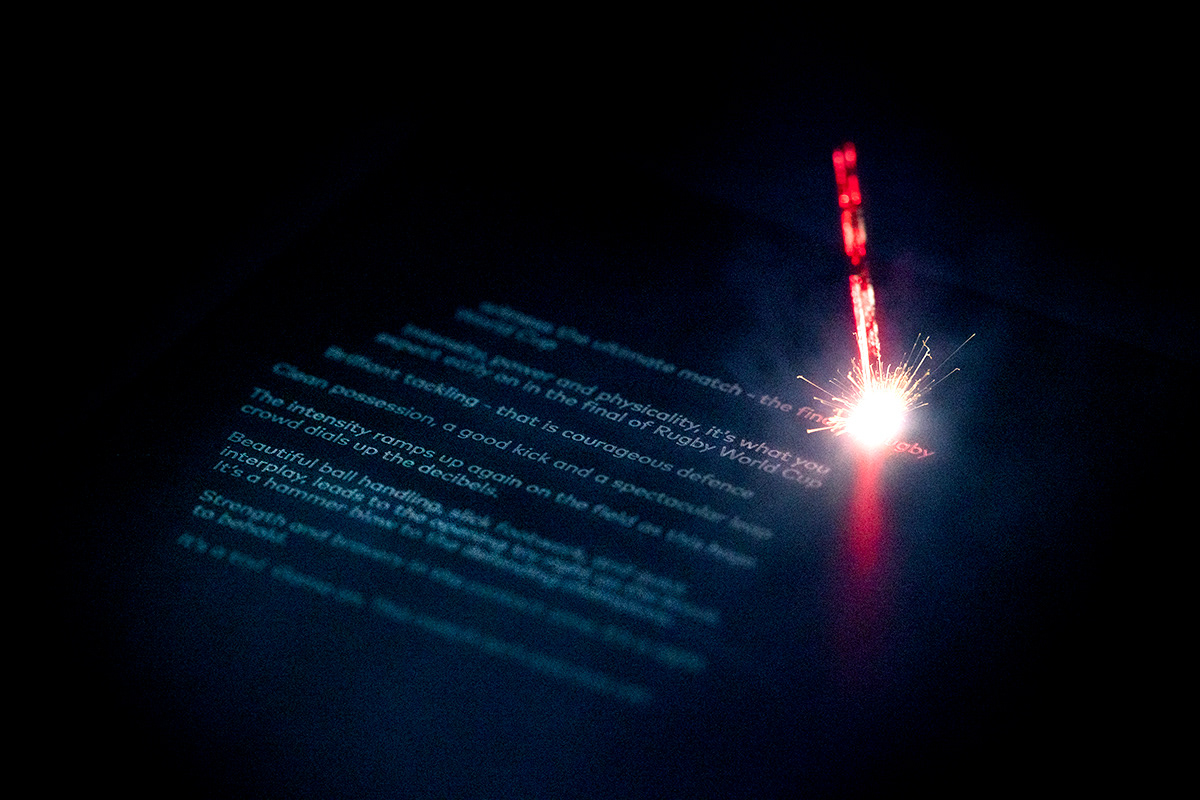 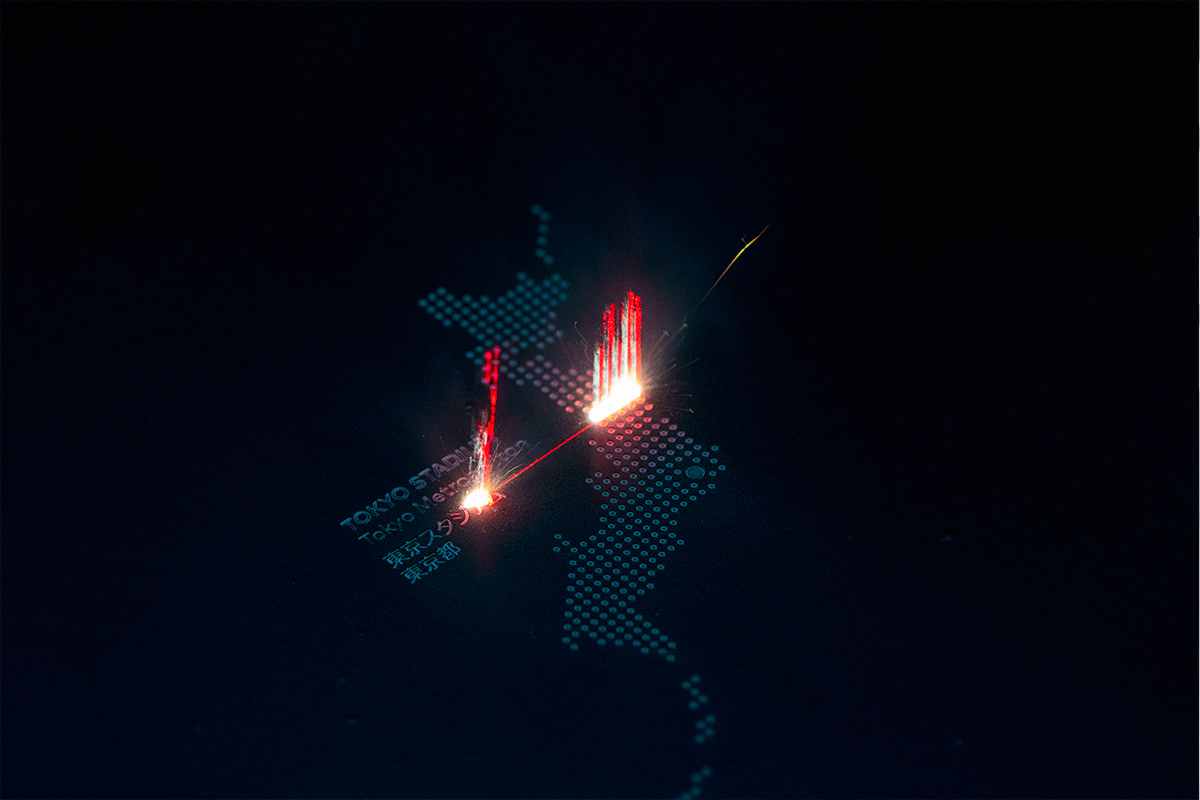 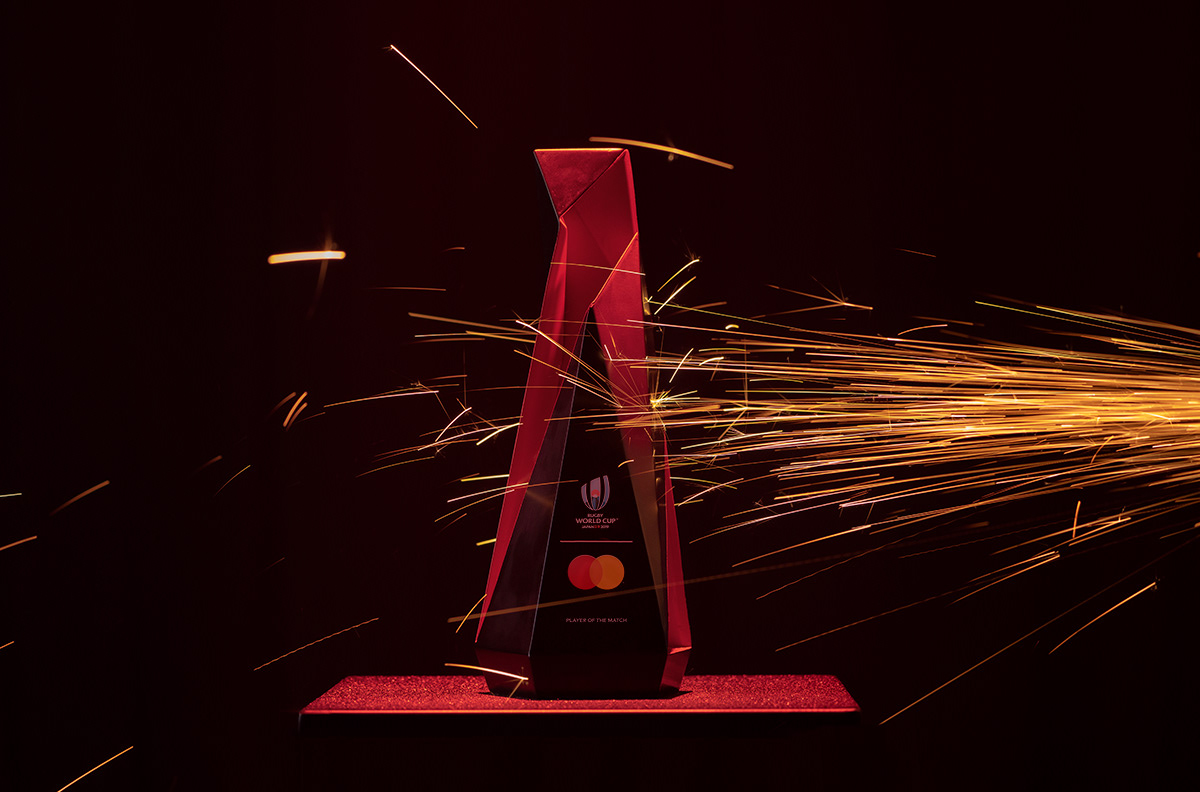 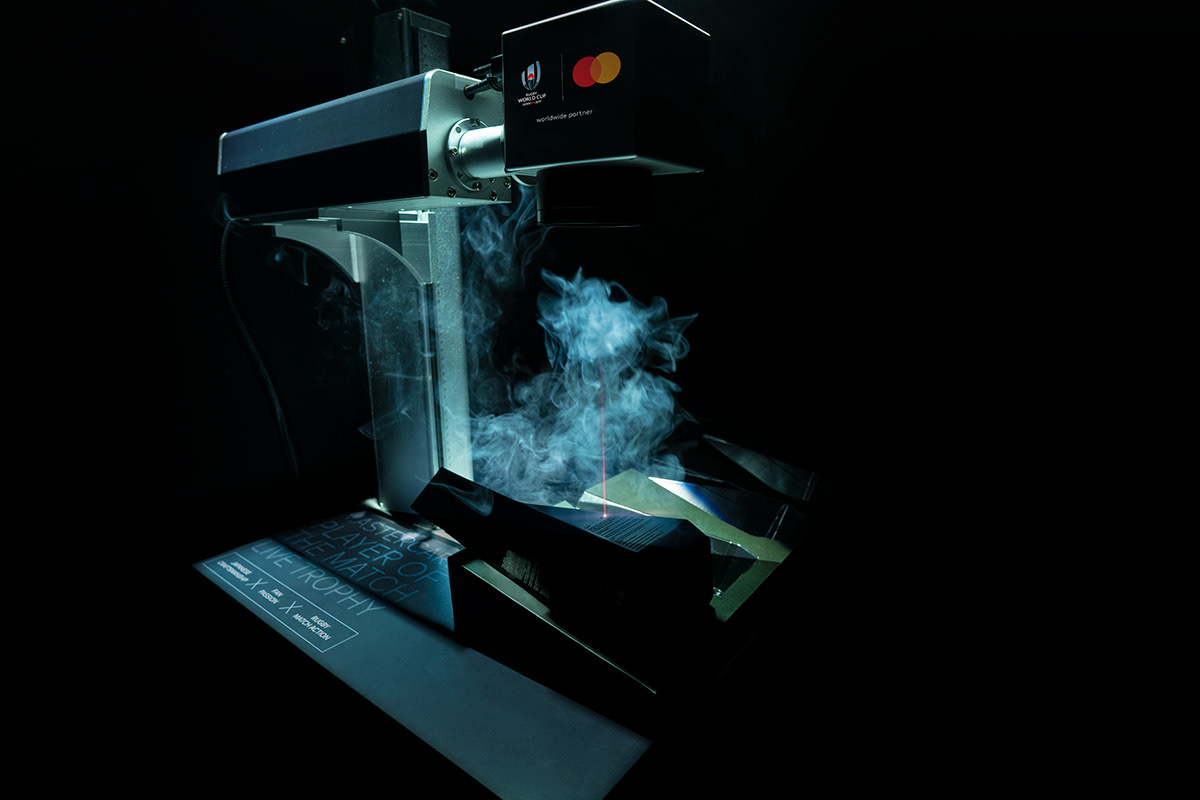 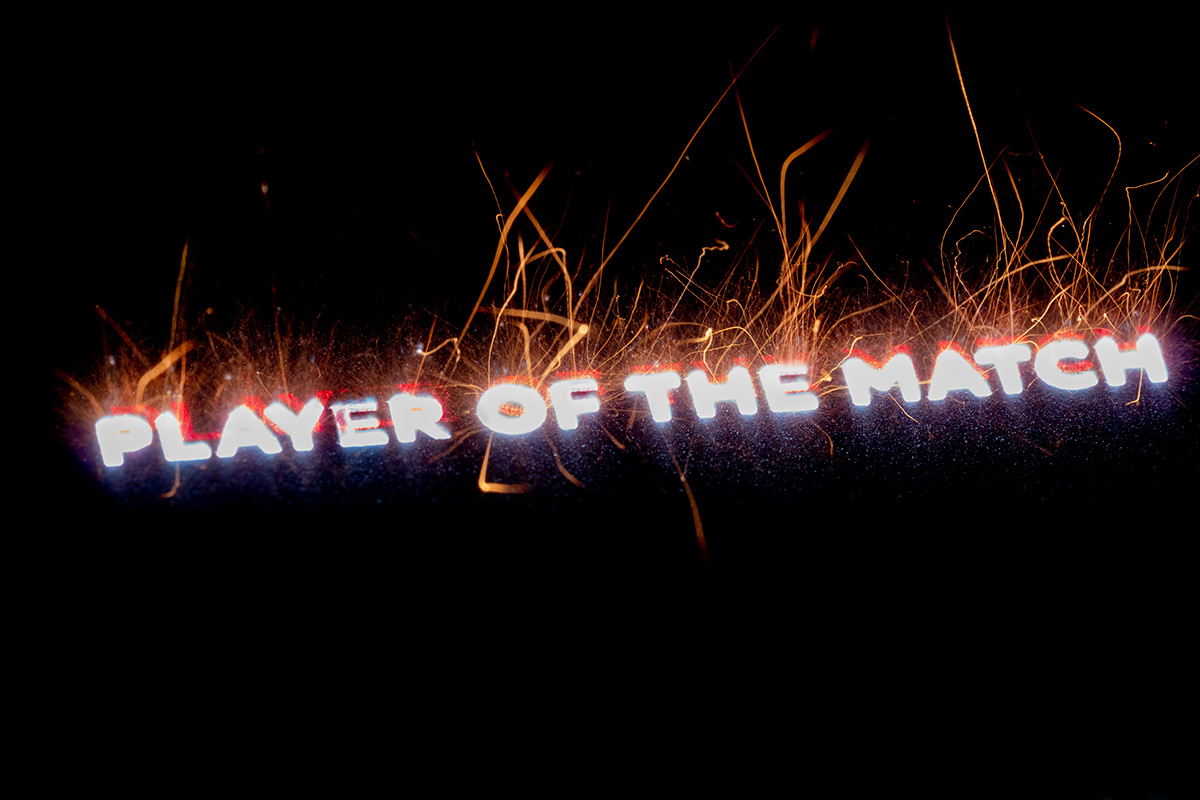 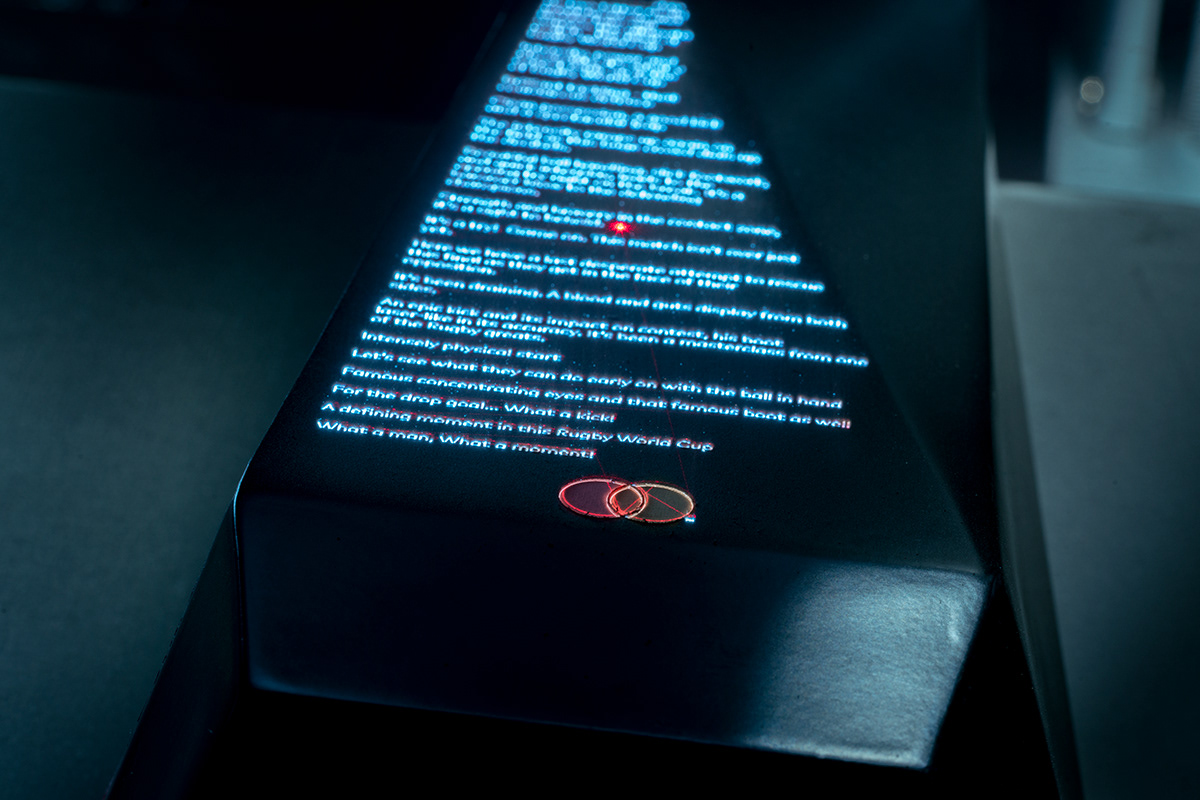 1min Film introducing the Mastercard Player of the Match Trophy created in partnership Dr. Jun Mitani
45" film created during the RWC tournament to show the relevancy of content 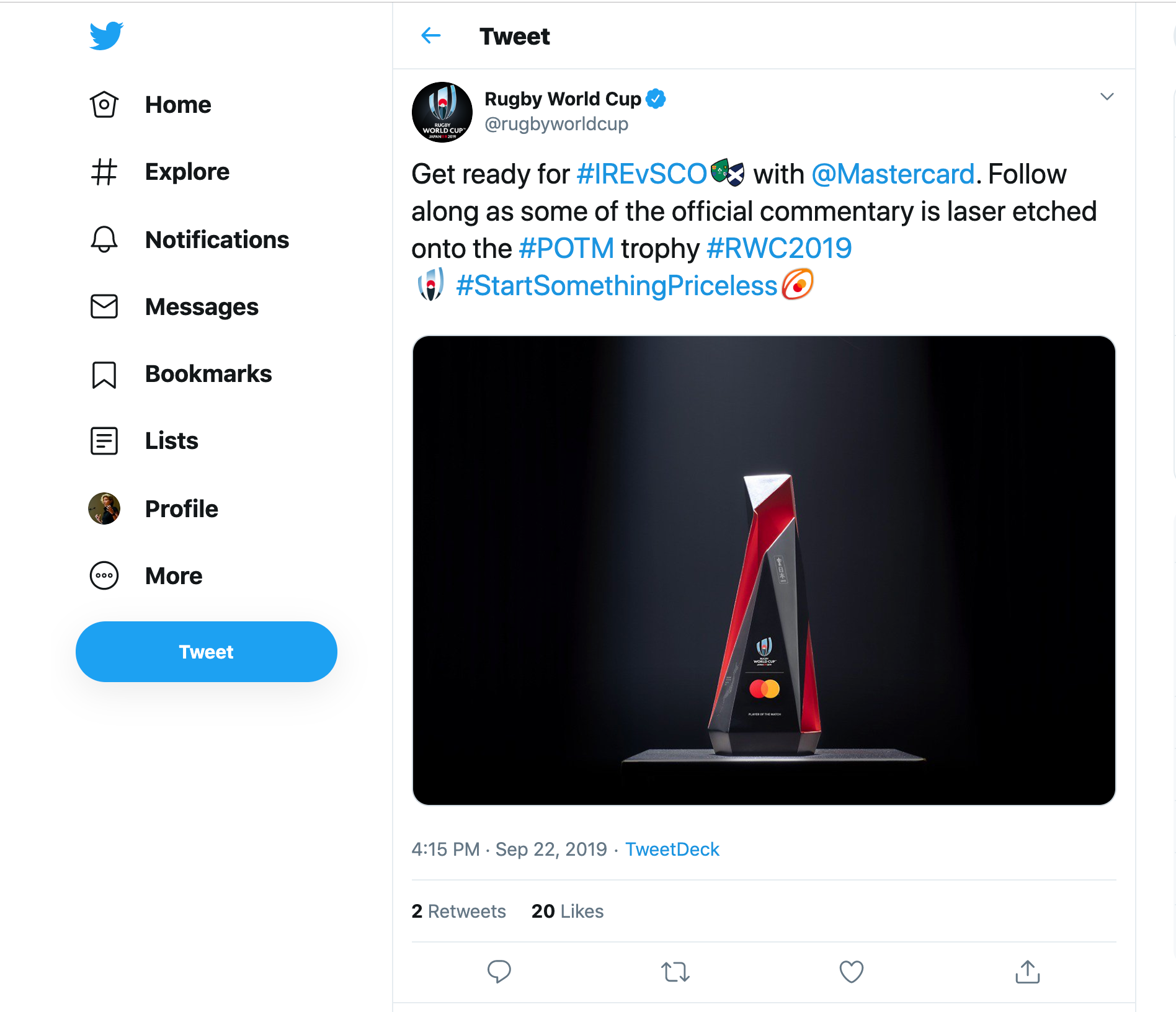 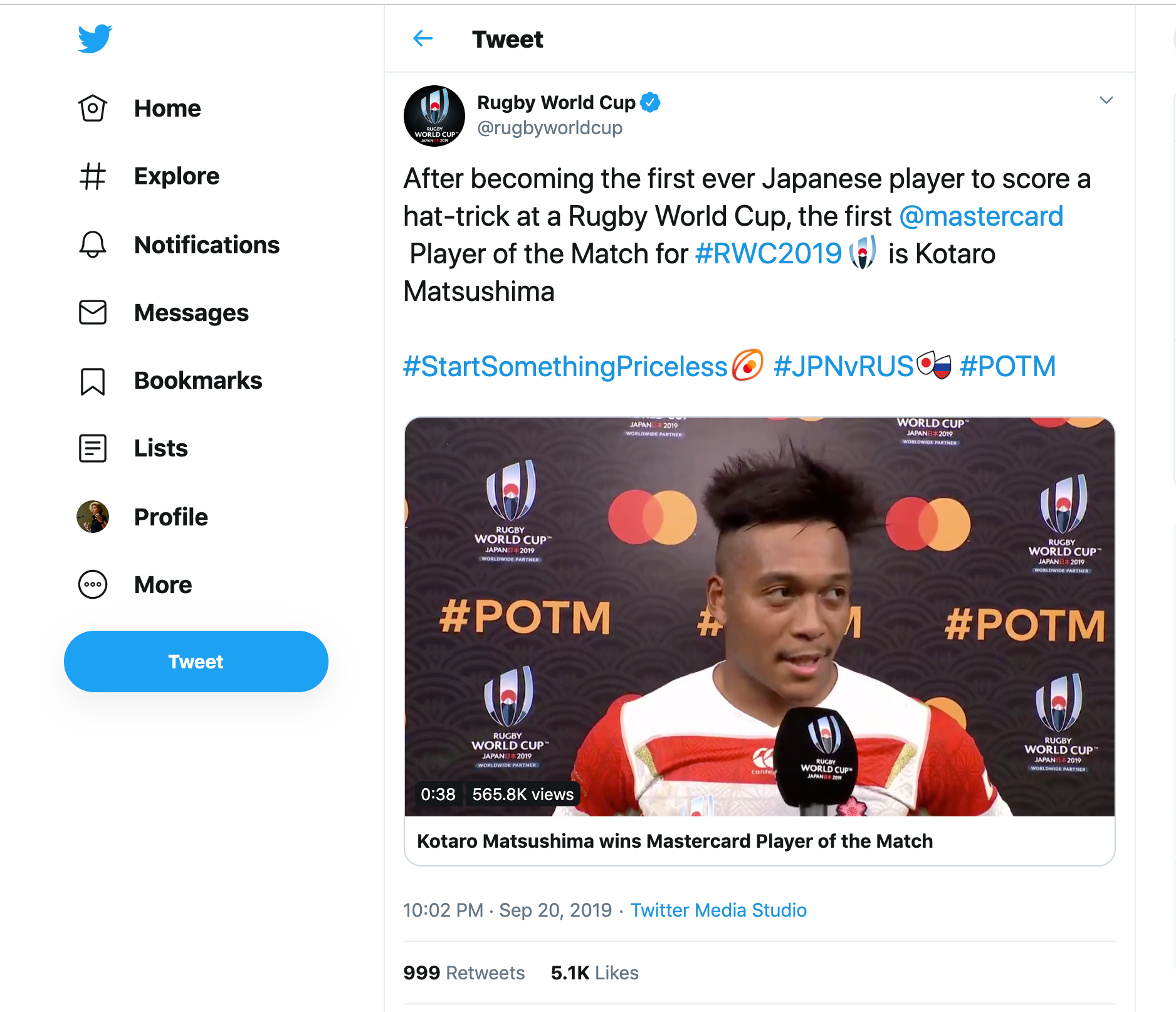 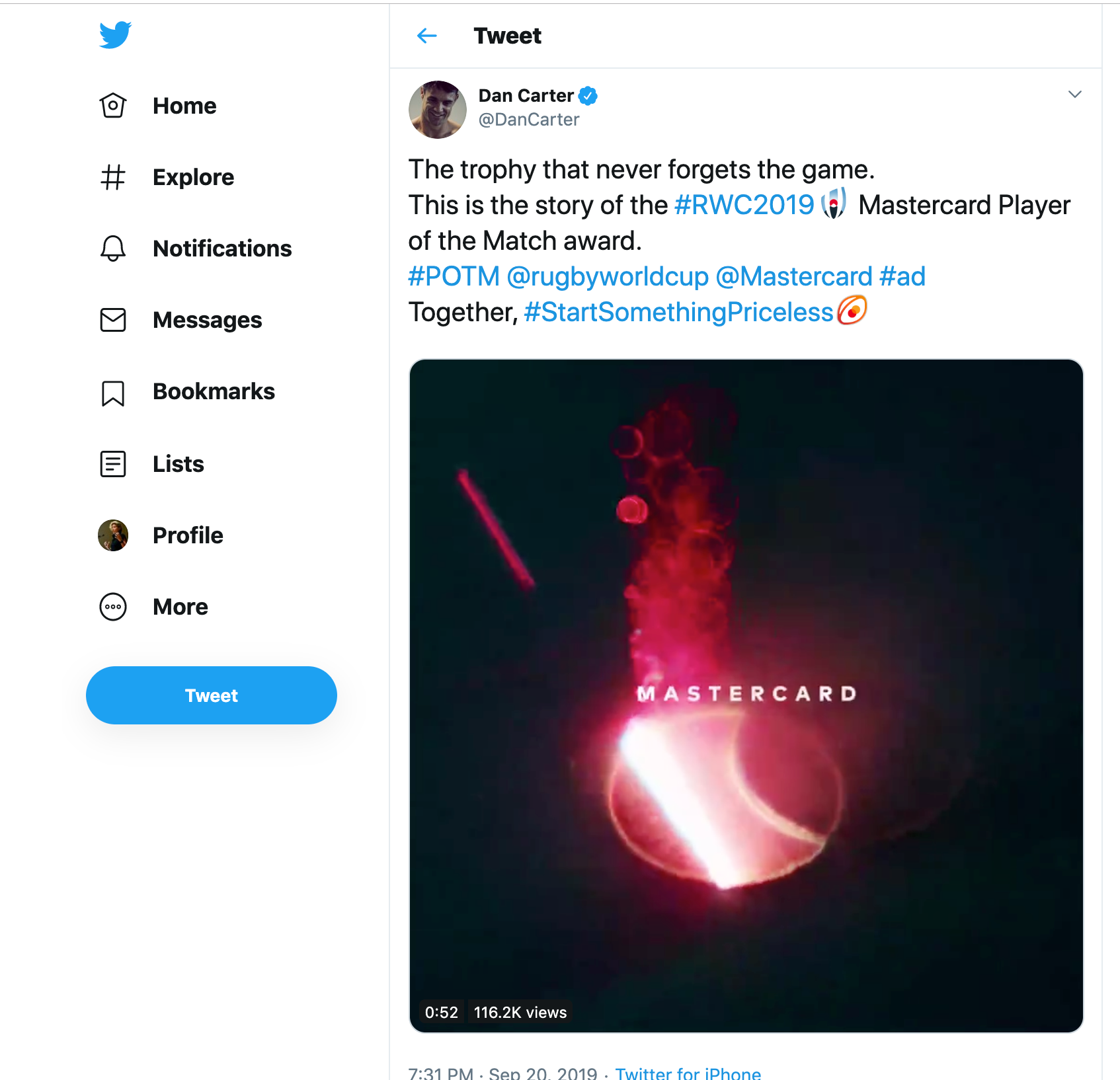 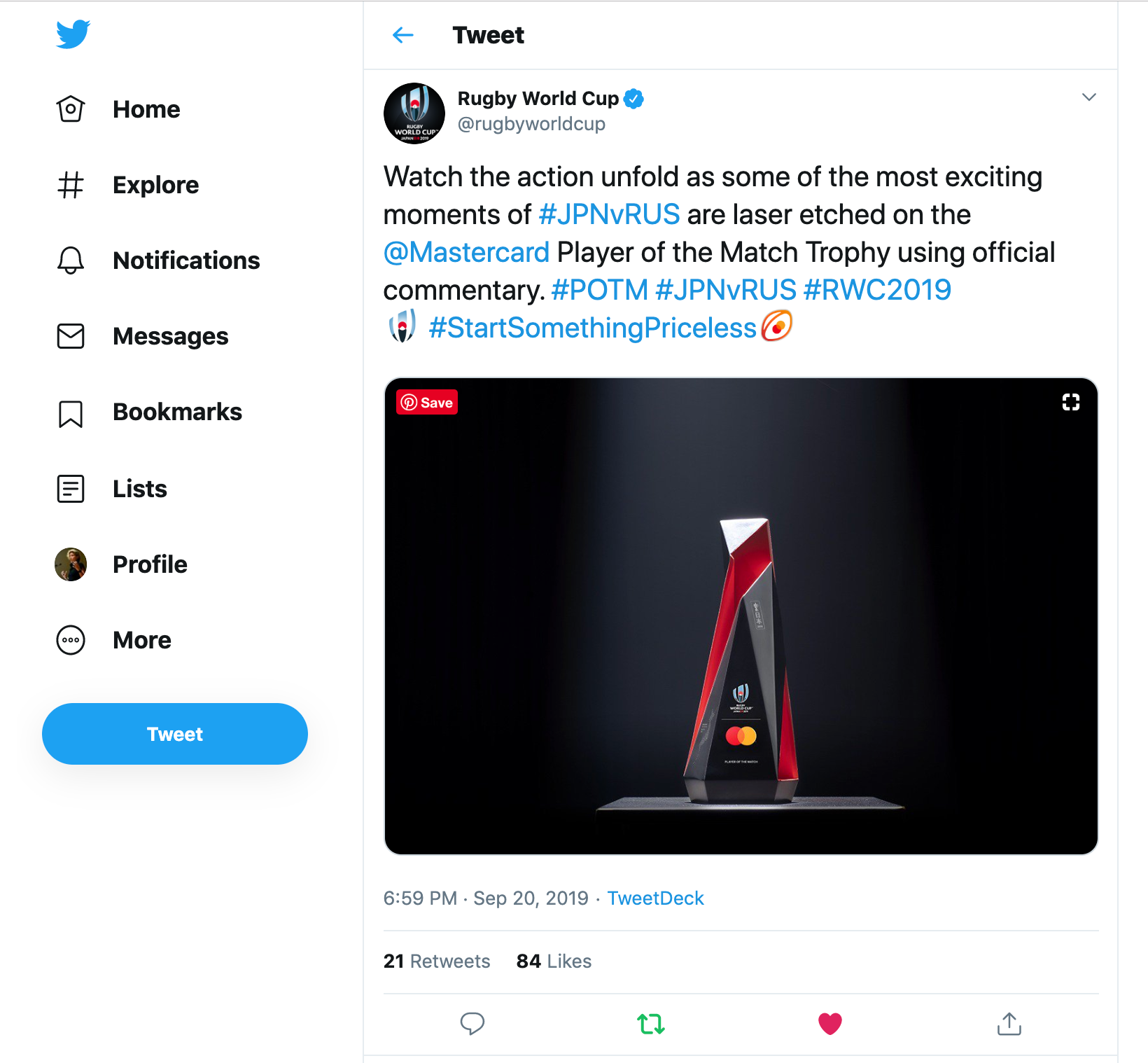 Low branded PR film introducing the Mastercard Player of the Match Trophy created in partnership Dr. Jun Mitani.
“Connecting with people through their passions is at the heart of how we bring Priceless to life all over the world,”
Raja Rajamannar, Mastercard Chief Marketing and Communications Officer.
“Sports have been an important part of that journey, and by using technology to enhance the experience for fans at the game, fans at home and players alike is how we are building emotional and culturally-relevant connections.”

News articles about The Mastercard Player of the Match Trophy