Project Stand Red allowed Bob Paisley to walk once again on the Anfield pitch and tell unheard stories. Bob spoke with today's first team players and even passed the managerial baton to current LFC Manager, Jürgen Klopp, in a rousing rallying cry inspiring fans to ‘Stand Red’ for the 19/20 season. Which they went on to win for the first time in 3 decades!

Project Stand Red is a campaign that built human connections, inspired the next generation of football fans and demonstrated the Bank’s commitment to bringing fans in all corners of the globe closer to the Club they love - using the same type of innovative technology that made the brand a fintech leader.​​​​​​​

We started Project Stand Red to preserve Bob Paisley's legacy online and educate fans of today – but as the project evolved, we were able to ensure Bob’s presence will be felt for a lifetime; with a permanent statue erected at Anfield in Feb 2020.

The Results
• Against our primary objective, we saw 76% of LFC fans exposed to the partnership believing the innovative bank is ‘for them’.
• In the same period consideration by those aware of the partnership rose to 54% (compared to 41% by those unaware)
• And perception that the bank provided ‘innovative (new) and relevant products and services’ grew to 38% (compared to 22% of unaware)

Our episodic 5 films and 3 supporting pieces of content resulted in;
•    76.4 million total views, averaging 15.3million per film exceeding the KPI by an average of 146%
•    1.7 million completed views (2.21% of total views)
•    1.3 million social commentary and engagement online
•    95% positive sentiment amongst those who engaged with the campaign
•    191 pieces of earned media coverage globally across digital, print, broadcast & radio. PR value equated to USD$285 million.
•    Highest viewed & engaged film was Film 3 of 5, Bob Paisley x Jürgen Klopp Stand Red achieving over 20 million views and almost 500k engagements.
•    Second highest viewed film ‘Making Of’ sharing the Banks innovation mindset with over 15 million views and over 330k engagements
•    During the campaign period #StandRed outperformed all other fan hashtags including #YNWA #LFC and #ThisMeansMore the Club’s own brand campaigns – a rare feat for a sponsor lead campaign!
And the cherry on top…. The Paisley family’s next generation were able to meet their Great Grandfather for the very first time.
The Stand Red Project website: https://www.standred.com 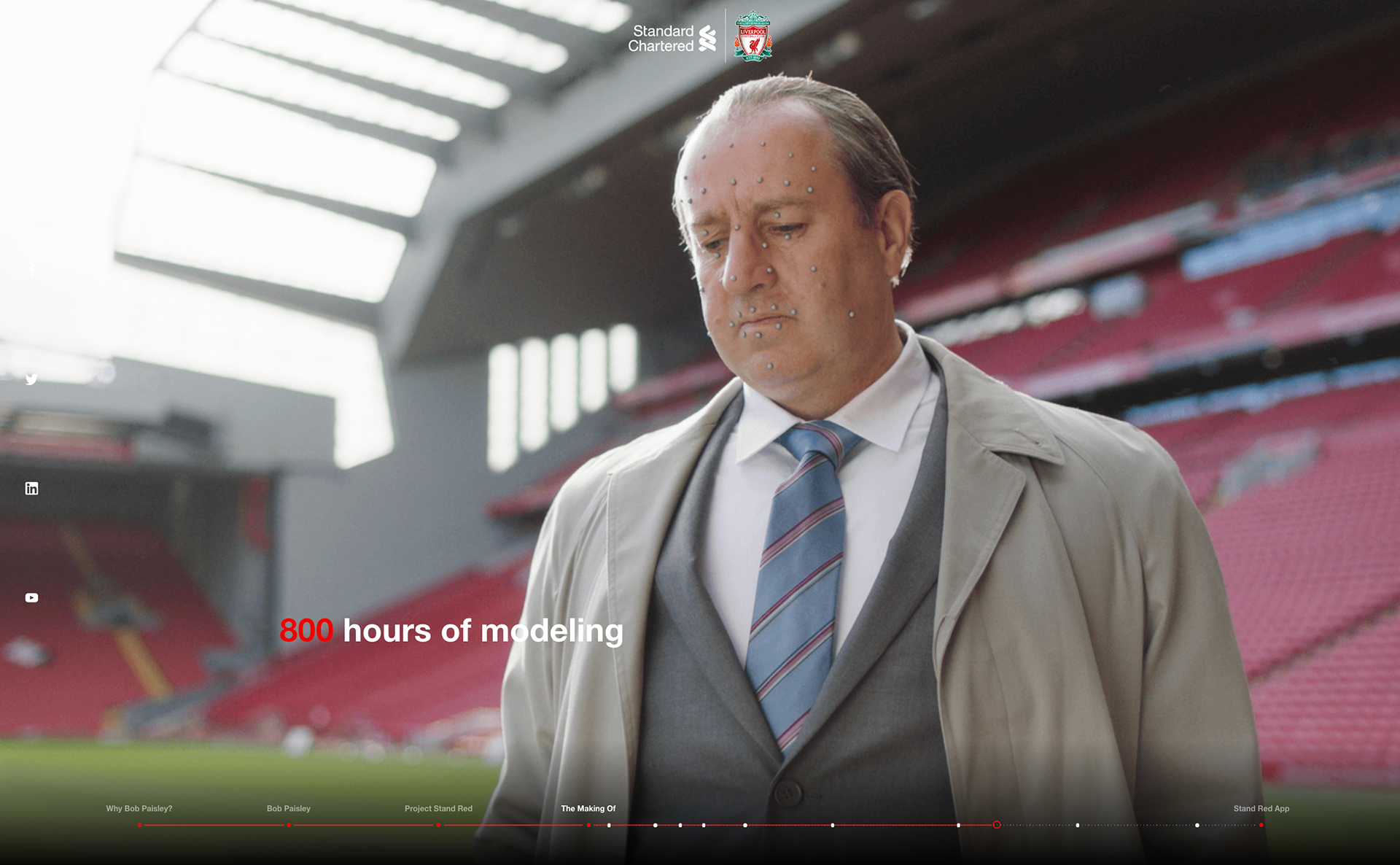 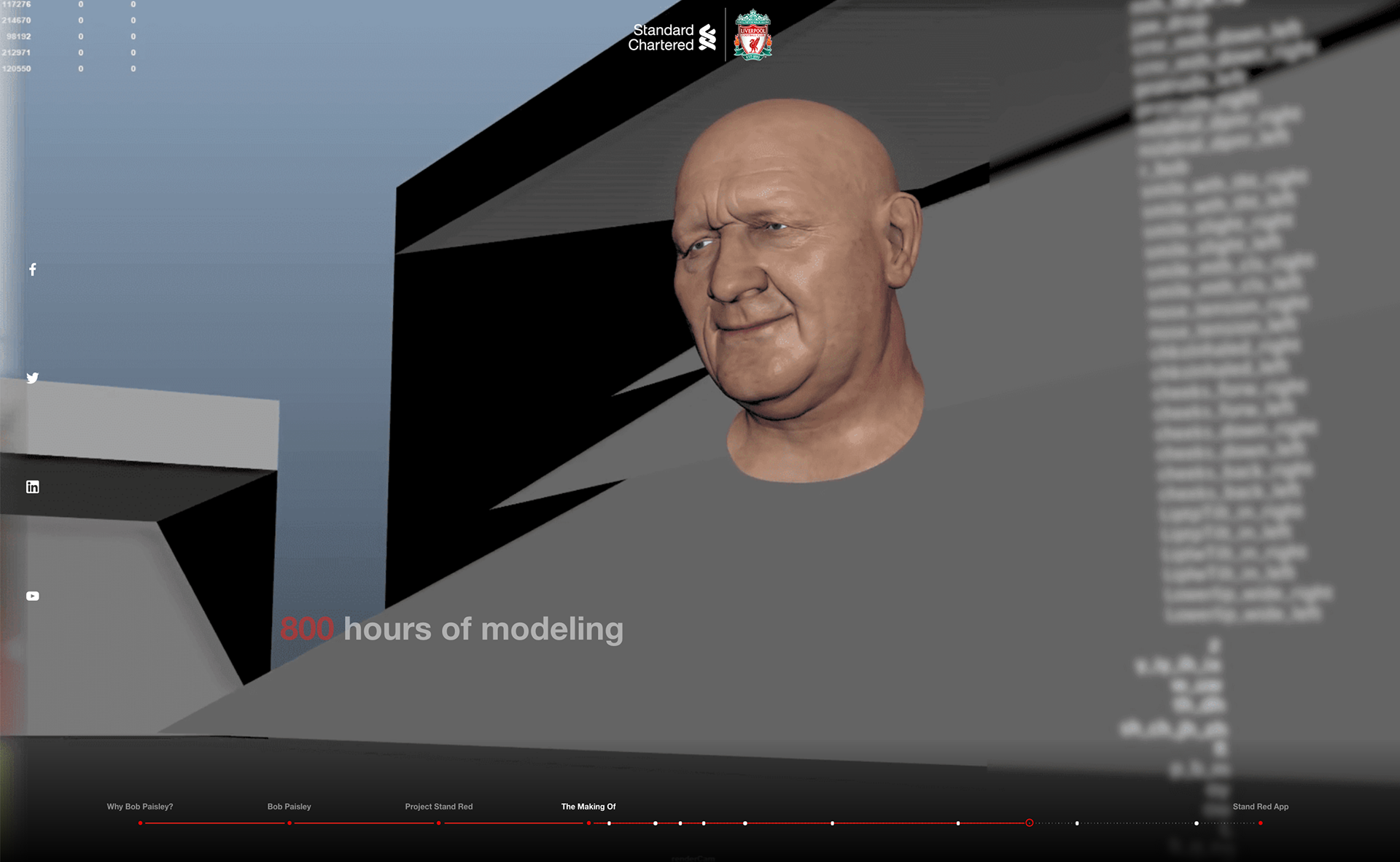 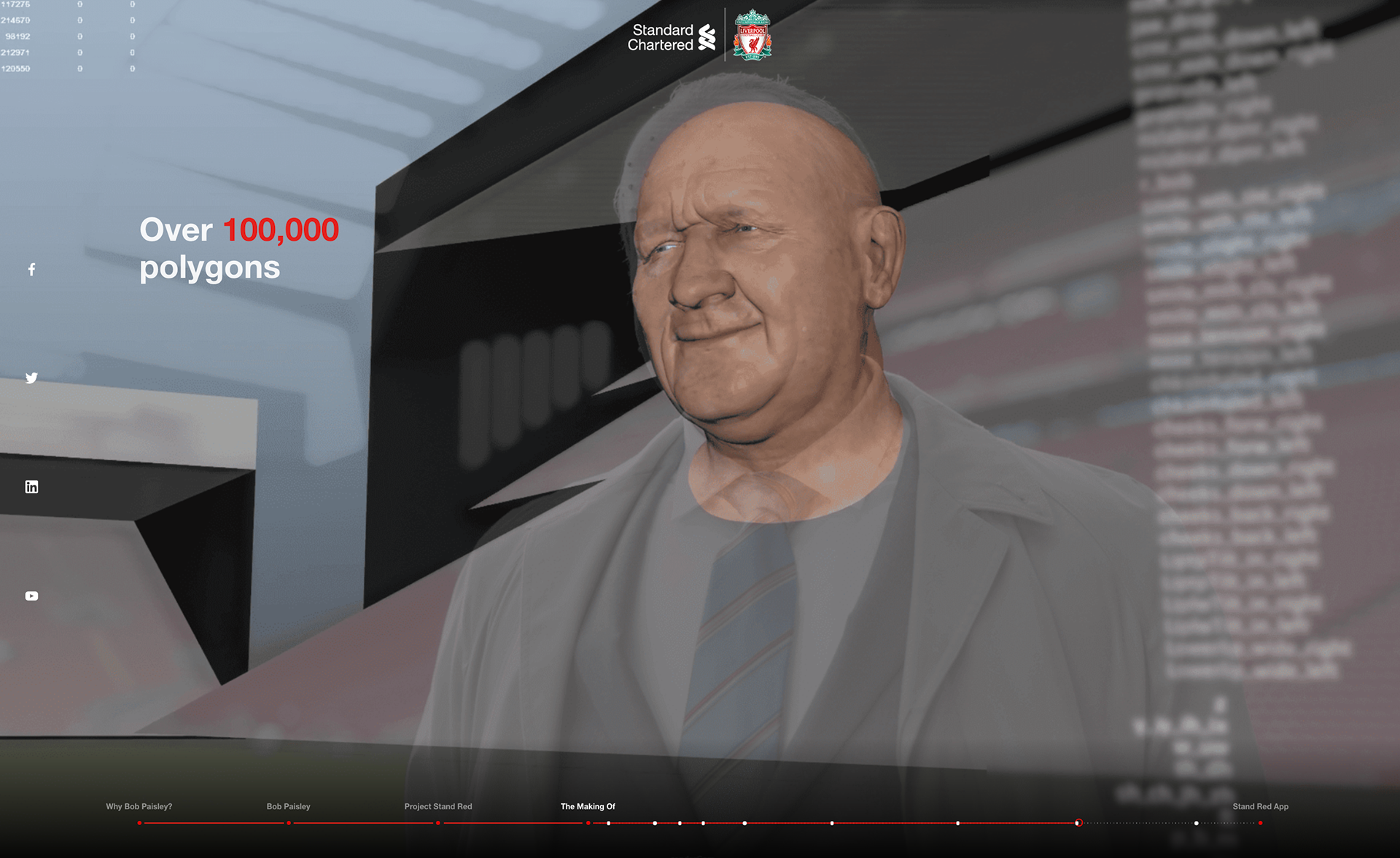 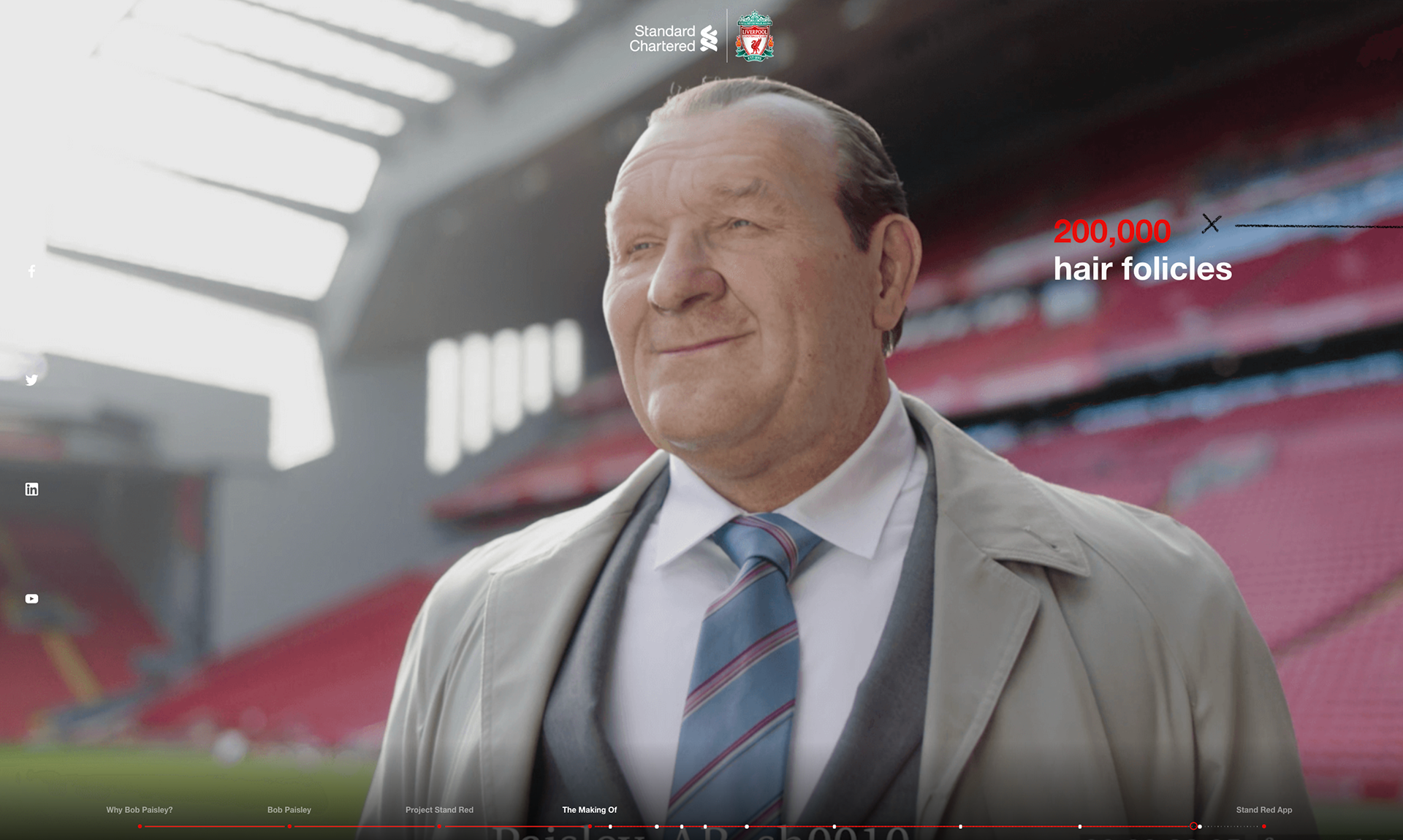 Having served the club for 44 years, to say Bob Paisley’s nine seasons at Liverpool were a success would be a gross understatement. Bob Paisley; The most successful manager in LFC’s history, and arguably in English football.
Bob was bestowed with many titles…
20 trophies in 9 seasons
6 League Titles
3 European Cups
6 time Manager of the Year
An OBE
He is no doubt an iconic figure in the history of Liverpool Football Club.
The infamous Boot Room was synonymous with the Golden Era of Liverpool Football Club in the 70’s and 80’s and with Bob being one of the “Boot Room boys”, we are continuing the Project Stand Red campaign by bringing the Boot Room to 2019!
For the past two seasons Standard Chartered has had in market a Stand Red app. Available for free, our fan led app serves to bring match day rituals to fans primarily outside of the UK  who may never get to experience Anfield in real-life.
As part of this app, we have added new functionality that serves to re-create the Boot Room through Augmented Reality.​​​​​​​ It's Pokemon Go for Liverpool football fans!

Project Stand Red summarised in an award board